The Draft Board Meeting Minutes are as follows:

President Jim DaRin brought the meeting to order at about 4:35pm with a moment of silence for former players who have recently passed away or are in need.

The draft Board Meeting minutes of the August 11, 2020 were accepted and approved by the attending Board Members. These minutes will now be distributed in their final version with any attachments in a PDF format to not only to all the Board members but also to the entire SFC membership as a means to continuously inform the entire SFC membership as to the scope of activities conducted by our organization. They will also be posted on the new SFC website.

With the continuation of the new Zoom format for meetings the need to have numerous Board Members gather together in Syracuse has become unnecessary. Board Members from any location can now easily attend Board Meetings and the future SFC officers, e.g., the President, could be from anywhere instead of just central New York State. Also, Board meetings could be easily opened up to non-Board Members that are interested in attending or wishing to offer themselves as candidates for SFC Board membership.

Jim Jerome mentioned that the SFC members continue to have the opportunity to make donations in support of the Captain Ben Schwartzwalder’s Hall of Honor to be included in the new National Veterans Resource Center just being completed on the Syracuse University. Jim also noted that SFC will be able to hold future events at this new facility. Right now every dollar donated through the SFC will be matched up to $100K by an anonymous former Orangeman’s generosity and all donations are tax deductible. Donations can be made at the new SFC website. For more detailed information about the National Veterans Resource Center just being completed at Syracuse University go to: https://veterans.syr.edu/news/nvrc/?redirect

As mentioned at the previous Board Meeting, the SFC will by necessity cancel all its 2020 events including the Zunic Award Dinner, the Golf Tournament and reception as well as the Mega Tailgate Tent. All proposed Tailgate activates at both home and away games will also be curtailed this year. Syracuse University and the Athletic Department have likewise canceled all social events related to the football season. However, efforts to reach out to younger former players to become active members of the SFC will continue.

Rusty Mills discussed his and the Committees endeavors to recruit more senior and established SFC members to act as mentors and provide guidance for those former players that are still trying to find jobs in their chosen professions (majors). It was stressed that once players have used up their athletic eligibility they may be contacted and assisted without any threat of potential inadvertent NCAA regulatory violations. As discussed once again with numerous examples, there appears to be a real demand for constructive mentoring, career counseling and job search advice and assistance of many younger former ball players to help them in their pursuit for meaningful employment.

The website development is currently under the guidance of SFC member and now also a member of the Board Skip Dalrymple and his Website Developer Andy Poystila. The address for our new SFC Website is still; syracusefootballclub.com. Almost 900 football alumni have been sent emails on the availability of the new site. However, only about 200 at this time have filled out their profiles and Jim suggested that the all Board members who have not done so yet attempt to fill out their profiles on the SFC Website as soon as possible as soon as possible.

Warren introduced four new SFC members and is advocated their becoming Board Members. The first to be introduced was Keenan Hale “15, who is lobbyist with a law firm in the Washington DC area. Then Chris Williamson “14 is a Sports Anchor on the Sports Network. The third new member was Lavar Lombdell “09 BA and “14 MS who is with Under Armor in the Baltimore-Washington DC area. All of the above had a chance to speak. The forth individual to be brought on was Brian Ishman “80 who worked for NYS and is recently retired. Unfortunately Brian was unable to be present today. These four individuals were subsequently made official SFC Board Members by unanimous voice vote of the attending Board Members.

The next meeting date has tentatively been set for October 20, 2020. 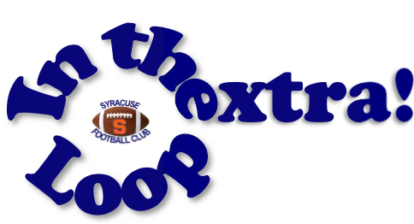